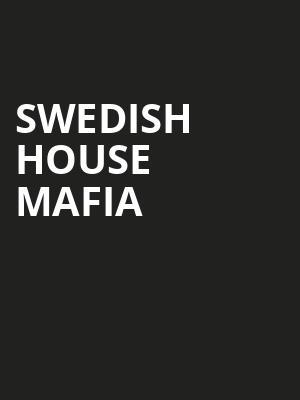 Swedish House Mafia, a trio of electronic DJs and producers, have ruled mega-concert dance floors for a few years now.

With six US Dance Chart Top Ten hits to their name, Swedish House Mafia are the underground kings who cracked the mainstream dance scene. This year sees them hitting the road following the release of their single with The Weeknd 'Moth to a Flame' ahead of other tracks including 'It Gets Better' and 'Lifetime' which feature Ty Dolla $ign and 070 Shake.

Guest vocals on several of their tracks have helped the group bridge the gap between clubhouse music and radio-friendly dance, and made Swedish House Mafia a household name in the EDM (electronic dance music) industry both in the States and abroad.

Sound good to you? Share this page on social media and let your friends know about Swedish House Mafia at Ball Arena.