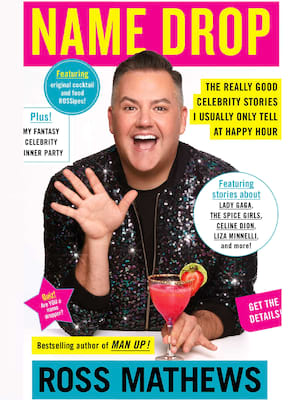 Name Drop is more even more than a book - it's an international tour where Ross brings these stories to life on stage, plays games with the audience and so much more.

Ross Mathews otherwise known as 'Ross the Intern' is a television personality who works as a correspondent on The Tonight Show with Jay Leno. He has also appeared on the shows Celebrity Fit Club, The Insider, Celebrity Big Brother, Chelsea Lately and RuPaul's Drag Race. His years of television experience and schmoozing with the stars has led him to be able to drop a name or two. He's ready to tell all on his upcoming nationwide tour.

This tour comes right after the release of Ross' latest book 'Name Drop: The Really Good Celebrity Stories I Usually Only Tell at Happy Hour.' In it, he reveals funny tales about his experiences meeting some of the world's best-known celebrities!

Sound good to you? Share this page on social media and let your friends know about Ross Mathews at Boulder Theater.