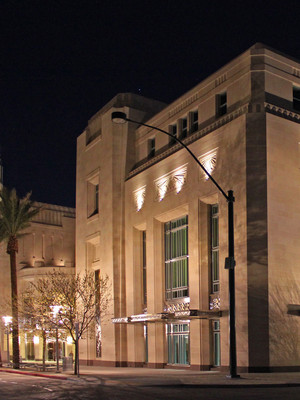 Mean Girls is also touring to:

GET IN LOSERS, WE'RE GOING ON TOUR!

Tina Fey's Drama Desk award-winning Broadway musical, based on the 2004 Lindsay Lohan film, Mean Girls is out on tour! With a book by Fey, direction by Book of Mormon's Casey Nicholaw, music and lyrics by Jeff Richmond and Legally Blonde's Nell Benjamin - which includes tracks "Apex Predator" and "I'd Rather Be Me"- it's no surprise that the musical is Broadway's latest smash hit, earning 12 Tony nominations along the way.

Cady Heron is a bright home-schooled student who has spent most of her life in Africa with her parents. Now back in the US, she's sent to the local high school to learn to play with others. Turns out, it might be her biggest challenge yet. Coupled with learning what normal school is like, she must navigate the twisting social whirl that surrounds her. When she finds herself the target of the infamous Plastics, led by wolf in sheep's clothing Regina George, Cady decides with her new friends Janis and Damien that it's time to put a stop to their dictatorship.

As Cady's plan sees her growing ever more popular and catching the eye of a certain boy, her revenge seems less and less important. Can Cady rediscover herself and bring down the Plastics, or will she be seduced by their world and lost to the Mathletes forever? It might be a classic high-school conundrum but we guarantee you won't mind seeing how this one plays out.

2 Hours and 30 Minutes, including one 15-minute interval

Please note that the images are from the original Broadway production and may not reflect the current cast.

Outstanding Book of a Musical

I LOVED every minute of this production!

Tina Fey's acclaimed film Mean Girls has been a huge hit on Broadway in this new HYSTERICAL musical adaptation! The story compares life in high school with that of animals trying to survive in the wild.

Wow, this show was so funny and absolutely amazing. All the actors were... more

Was the best night of my week! Definitely worth seeing!! Such amazing acting... more

Sound good to you? Share this page on social media and let your friends know about Mean Girls at Buell Theater.