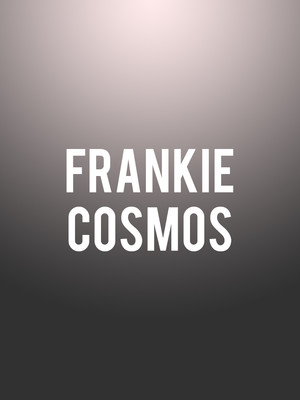 Her greatest talent remains her ability to transform minute-long songs into experiences that resemble hours of intimate and impressionistic conversation.

Greta Kline AKA Frankie Cosmos, leader of the eponymous band is on the road again this year. The daughter of Kevin Kline and Phoebe Cates, the singer-songwriter embraced the DIY ethics of the early 2000s anti-folk scene and began self-releasing short, richly melodic, lo-fi tracks laden with lyrical poetry, soft vocal melodies and subdued rhythm guitar. Don't miss these indie-pop pioneers as they hit the road once again in support of the upcoming album, Close it Quietly.

Sound good to you? Share this page on social media and let your friends know about Frankie Cosmos at Larimer Lounge.