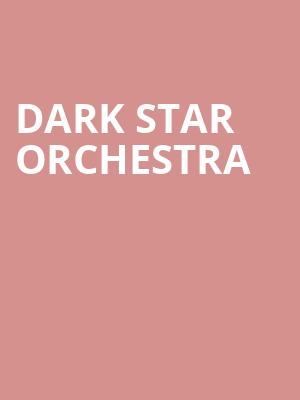 The Grateful Dead have been resurrected in the form of Dark Star Orchestra. Formed in 1997, this tribute band came up with the novel idea of recreating complete sets from The Grateful Dead's gigantic list of concerts. They adapt their playing and sound depending on what era of Dead they're tackling on the night, and while they slavishly recreate the sound of the band down to the minutest detail, they also embark on epic improvisations that would make their heroes proud.

Dark Star Orchestra are now well on their way to equalling the number of shows that The Grateful Dead themselves played during their 30 year history, and are now celebrating over 20 years of performing!

CC Rider was one of the highlights of the evening. The band did a superb... more

Anonymous: “THE ENERGY WAS UNREAL”

For starters, I've been seeing DSO every year they come through Seattle.... more

Sound good to you? Share this page on social media and let your friends know about Dark Star Orchestra at Mission Ballroom.