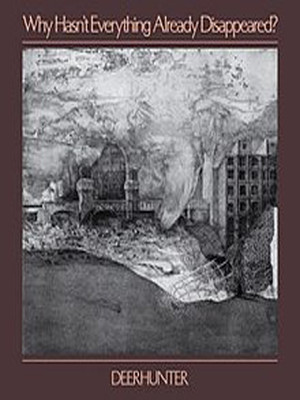 "...a remarkable album, one that only grows more awesome with each listen."

Bask in the indie-pop glow of Deerhunter

Purveyors of glorious indie post-rock and dream pop Deerhunter burst out of Atlanta, Georgia with an ambient genre-bending sound in the early 2000s, overcoming the death of original member Justin Bosworth and forming anew in 2005. Now they have a whopping eight studio albums under their belt and are currently touring their latest offering Why Hasn't Everything Already Disappeared?, coming to in , ,

Met with universally positive reviews upon its release, Why Hasn't Everything Already Disappeared?, is a beautiful yet bleak reflection on what has been described as 'a science fiction album about the present'. Drawing from influences such as R.E.M and Tom Petty (packaged up in a delicious reverb-drenched haze), these indie-pop performers should make for an arresting live performance!

Co-headlining with Dirty Projectors from May 25 - September 13.

Sound good to you? Share this page on social media and let your friends know about Deerhunter at Ogden Theater.