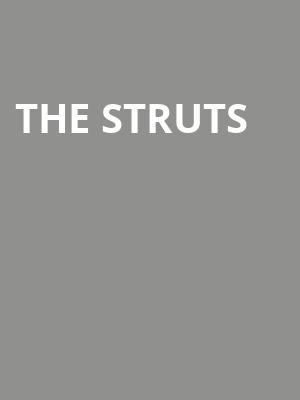 Proudly retro crew boasts cosigns from the Rolling Stones and Motley Crue, plus a frontman who won't be denied arena-size glory

Why See The Struts?

Strange days are over

The Struts hit the road in 2021 on their Strange Days Are Over Tour, in support of their latest release, Strange Days. The English upstarts released their debut album Everybody Wants, garnering rave reviews as well as a reputation as the saviors of modern glam-rock, ushering in an exciting new era of neo-glam.

The band recently released a stunning cover of Queen's 'We Will Rock You'. With their fan base continuously on the rise, The Struts are the ones to watch!

Compared to fellow Britons The Darkness for their no-holds-barred, over the top style, The Struts also conjure the hedonistic times when rock and roll was king. Frontman and founder Luke Spiller takes to the stage as if he were the re-incarnation of not only Robert Plant but Mick Jagger and David Bowie to boot, filling each driving bacchanalian anthem with hip-shaking swagger, conviction and powerhouse vocals.

The Struts put on a stellar live show. I was blown away when I saw them.... more

The Struts are quite a powerhouse of a band-high energy and full of gusto.... more

Sound good to you? Share this page on social media and let your friends know about The Struts at Ogden Theater.