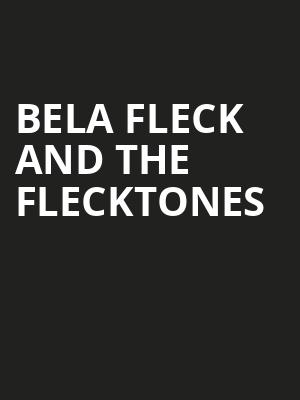 Bela Fleck And The Flecktones

Why See Bela Fleck And The Flecktones?

Groundbreaking banjoist/composer/bandleader Bela Fleck reconvenes with the original Bela Fleck & The Flecktones, the extraordinary initial line-up of his incredible combo. While all manners of genres come into play - from classical and jazz to bluegrass and African music to electric blues and Eastern European folk dances - the result is always an unforgettable performance. Bela et al will be reuniting for a very special 30th-anniversary tour, one not to be missed!

In 2012, the band announced an indefinite touring and recording hiatus in order to pursue other projects, or to spend time with their respective families; not entirely surprising as the collective has been known to tour over 200 engagements a year! So before they disappear yet again, make sure you're in line for one of the most anticipated reunions in the bluegrass scene.

Photo by Anthony DELANOIX on Unsplash

Sound good to you? Share this page on social media and let your friends know about Bela Fleck And The Flecktones at Paramount Theater.