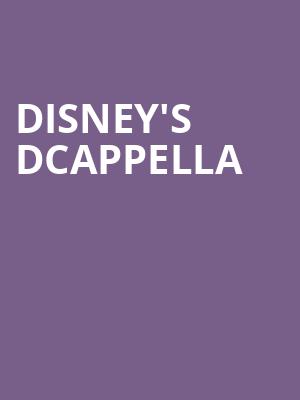 Photo by Thomas Kelley on Unsplash

The magic of Disney comes to life with DCappella!

Riding high on the rise in popularity in a capella music, Disney's super-group DCappella is back on the road once again! Made up of seven stand-out performers, DCappella bring Disney's greatest hits on the road in this brand new tour! Whether you're a fan of Moana, The Little Mermaid or Tarzan travel through the magic of Disney with beautiful vocal arrangements courtesy of DCappella!

After a nationwide search in 2017 for the best performers, DCappella went on their first national tour in 2019. The line-up isn't fixed, so even if you saw them back then, seeing them on this latest tour could be a whole new (Disney!) experience. And don't worry, DCappella won't just be performing Disney's latest hits, they'll also be travelling back through Disney's glittering back catalogue to bring you your favorite classics!

The DCappella concert was probably the best experience i have ever had. more

Sound good to you? Share this page on social media and let your friends know about Disney's DCappella at Paramount Theater.