Sorry! You missed The Music of Cream at Paramount Theater 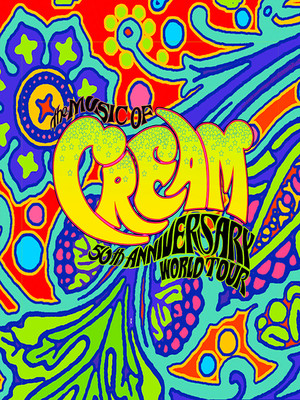 The Music of Cream

Eric and Ginger and Jack if they're looking down on us would be proud. This is an exceptional night of wonderful music.

Why See The Music of Cream?

Rock band Cream dominated the Psychedelic rock scene during their 1960s reign. Today, their musically talented family will pay tribute to their legacy, with the band members children hitting the road to perform some of their biggest and most loved hits.

The tribute act consists of Kofi Baker, the son of drummer Ginger Baker, Malcolm Bruce, the son of lead singer Jack Bruce and Will Johns, the nephew of guitarist Eric Clapton. Widely hailed as the worlds first supergroups, Cream comprised of skillful stand-alone musicians who were collectively inducted into the Rock and Roll Hall of Fame in 1993 and had the world's first platinum-selling double album for Wheels of Fire (1968).

Kofi Baker, Malcolm Bruce and Will Johns are all experienced musically and have utilized the gifts passed down from their relatives to perform all over the country keeping the legacy of Cream alive, 50 years on from the band's debut.

Seen The Music of Cream? Loved it? Hated it?

Sound good to you? Share this page on social media and let your friends know about The Music of Cream at Paramount Theater.