Sorry! You missed Above And Beyond at Red Rocks Amphitheatre 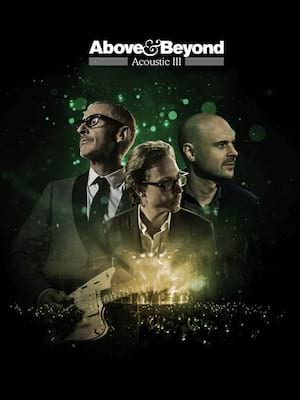 The English Grammy winners are set for another mind-blowing tour!

Why See Above And Beyond?

The English progressive trance band from London have steadily been rising through the dance music ranks, especially in recent years with the success of their Best Dance Record Grammy-nominated third album, We Are All We Need. Join them on the road in 2020 as they launch the Acoustic III tour in support of their upcoming release of the same name - completing their genre-bending trilogy!

Formed in 2000 by a pair of university friends, the group quickly conquered the UK dance charts with their unique eclectic spins on old house classic tunes including the remixed Aurora's "Ordinary World," Fragma's "Every time You Need Me," Perpetuous Dreamer's "The Sound of Goodbye," and Adamski's "In the City."

Photo by Noiseporn on Unsplash

Seen Above And Beyond? Loved it? Hated it?

Sound good to you? Share this page on social media and let your friends know about Above And Beyond at Red Rocks Amphitheatre.