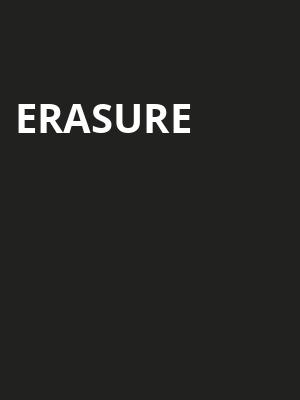 The awesome Erasure, the go-to synthpop duo of the last three decades, are set to release their upcoming album 'The Neon Remixed', and are taking to the road to tour the US in support of this new release on the Neon Tour. Don't miss Andy and Vince as they return, charged up, with their signature brand of uplifting and euphoric melodic pop and of course, masses of glitter!

The men behind the 22 million-selling albums are the optimistic and flamboyant Andy Bell and his perfect foil, the pioneering Vince Clark, with a previous pedigree in creating irresistible electronic pop with Depeche Mode and Yaz. Since forming in 1985, they have gone on to take on the world, becoming one of the definitive sounds of '80s and '90s synthpop, and still going strong.

Catch their unique live show this year with theatrical values enhancing the upbeat exploration that reminds us all to live and love and show a little respect!

Even though everyone was melting inside the theatre, we also were having... more

The venue, the set, and the band were just fabulous! Andy sounded great... more

Sound good to you? Share this page on social media and let your friends know about Erasure at Bellco Theatre.