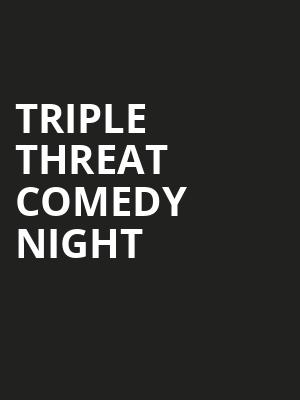 Three hilarious comedians on one stage

Featuring comedians Frank Caliendo, Dennis Miller and David Spade, Triple Threat Comedy Night promises to bring laughs to Colorado's Bellco Theatre this September. Lovers of comedy will enjoy this dynamic and diverse lineup, showcasing live stand-up comedy from some of the best and most experienced acts in the business.

Comedian Frank Caliendo is widely known for starring in sketch comedy show MADtv. He went on to continue performing impressions on his own sketch show Frank TV and has performed stand-up all over the country. Dennis Miller is one of Comedy Central's 100 greatest stand-up comedians of all time and is a five-time Emmy award winner, and David Spade made his mark on the comedy circuit on Saturday Night Live in the 1990s and has since starred in numerous comedy films and sitcoms.

Sound good to you? Share this page on social media and let your friends know about Triple Threat Comedy Night at Bellco Theatre.