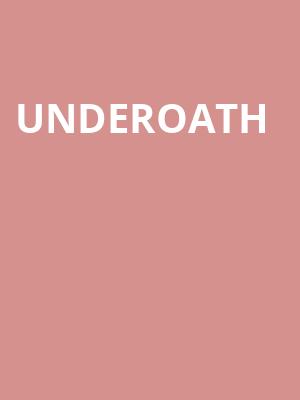 After being gone for a couple years, Underoath has come back stronger than ever and still brings an energy filled performance that has the entire crowd hyped up.

After a near 10 year hiatus and line up changes, Underoath are back touring after their latest release, alongside Every Time I Die and Spiritbox! This upcoming tour will showcase the bands most recent releases, including track Pneumonia, a new style whilst still adhering to their Christian post-hardcore roots.

Today, the band consists of Aaron Gillespie, Christopher Dudley, Timothy McTague, Grant Brandell, James Smith and Spencer Chamberlain, yet the band have been making music since the 90s. Underoath are famed for fusing various music genres including screamo, metalcore and emo and have received two Grammy nominations in 2007 and 2010.

Seen Underoath? Loved it? Hated it?

Sound good to you? Share this page on social media and let your friends know about Underoath at Ogden Theater.