Pepsi Center has been renamed the Ball Arena 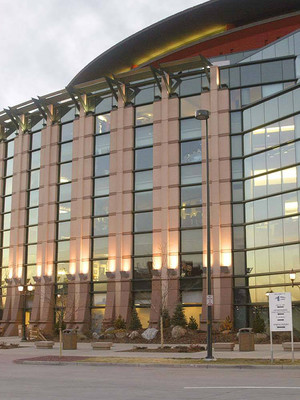 The Pepsi Center in Denver, Colorado, is nicknamed the Can, and is named after the venue's main sponsor. The venue is home to the Colorado Avalanche of the National Hockey League, the Colorado Mammoth of the National Lacrosse League, and the Denver Nuggets of the National Basketball Association. Aside from its sporting uses, the arena is often used as a concert venue.