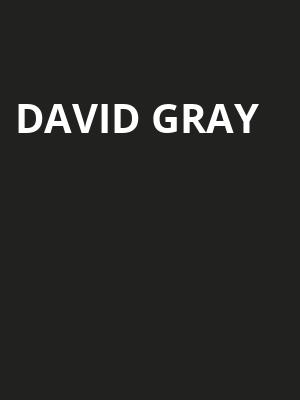 He has gained an intensity worthy of Van Morrison or Mike Scott.

David Gray hits the road in 2022 as he celebrates the 20th anniversary of his seminal album, White Ladder! Containing hit singles 'Babylon', This Year's Love', and 'Sail Away' White Ladder launched Gray into international acclaim as it went multi-platinum. Join Gray on tour as he performs his number one album at this extra special event.

You'd be forgiven for thinking that David Gray became an overnight success with White Ladder. It was, in fact, his fourth studio album, the first (A Century Ends) released five years earlier - and was self-financed! That, of course, is history with Gray racking up over 12 million album sales in his career. He now lives in the flashy London suburb of Hampstead, surely a testament to not giving up on your dreams.

Sound good to you? Share this page on social media and let your friends know about David Gray at Red Rocks Amphitheatre.