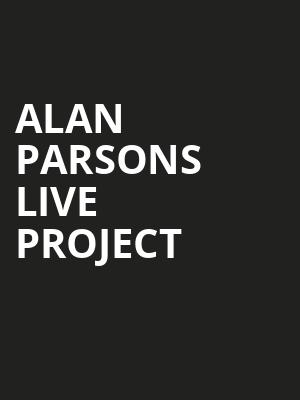 The Secret is a return to form for Alan Parsons. Long-time fans will enjoy this album as it does bring one back to some of his earlier work with The Alan Parsons Project.

Grammy-winning songwriter, producer and engineer Alan Parsons had a hand at creating some of classic rock's most memorable albums, from Abbey Road to Dark Side Of The Moon. But when he wasn't creating collaborative musical magic in the studio, the multi-talented muso was cultivating a cult following thanks to his solo endeavors, releasing twelve mind-bending progressive rock albums between 1974 and 2014.

For the first time in five years, the grand prog wizard is back with a brand new album and tour on the horizon. Released in the Spring of 2019, The Secret features notable and surprising guest appearances by Jason Mraz, Vinnie Colaiuta, Lou Gramm and Steve Hackett, and marks a return to Parson's trademark progressive pop-rock sound with modern production techniques, lyrical storytelling and soaring sonic flights into Parson's psychedelic past.

It was the first time I have seen Alan Parsons and I was not disappointed!... more

Rita Michalski: “The 37 year wait was worth it!”

I came to the Cultural Center to finally see and hear the Alan Parsons... more

Sound good to you? Share this page on social media and let your friends know about Alan Parsons Live Project at Paramount Theater.